We will be operating normally during the COVID-19 crisis. Read more. 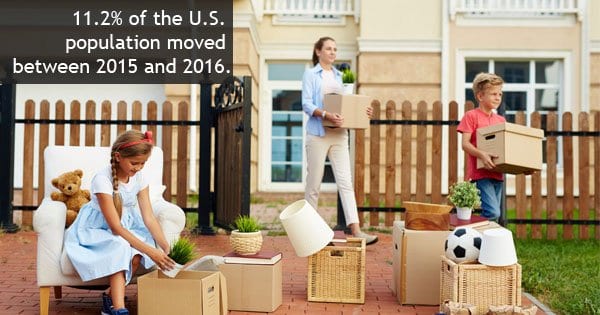 The average American moves about 12 times in their life. In fact, according to the 2016 Current Population Survey Annual Social and Economic Supplement, 11.2% of the U.S. population moved between 2015 and 2016. Of course, moving can be immensely difficult and time-consuming if you don’t have an exact game plan in place, and depending on the season, there are tips you can use to make the process as easy as possible. Here are just a few reasons to consider moving this spring.

First, many experts consider the start of spring to be before the peak moving season. This means that moving companies are less busy and can often work around any scheduling conflicts you may have. During the summer, however, movers are in very high demand and often hard to schedule without several weeks’ notice. If you choose to move during the early spring, you have a much bigger say when it comes to scheduling your move.

Lower Rates
Most Americans choose to move in the summer. In fact, in 2016, 13.9% of moves occurred in June. December was the least popular month to move (3.3%). However, if you’re considering moving this spring, you should also know that many movers offer some of the most competitive rates of the entire year. Most moving companies hike up their rates during the summer peak moving season, but scheduling your move for the early spring could result in some serious savings when it comes time to sign your moving contract and get going. If you can get the same exact service for a lower cost, why wouldn’t you want to take advantage of the savings?

Quality Service
You may be wondering how the time of year plays into the quality of service a moving company will provide, and the fact is, since summer tends to be the busiest season, moving companies are often forced to hire temporary (and less experienced) workers to keep up with demands. But moving during the spring ensures that you’re getting the most experienced movers every time.

Ultimately, understanding these reasons can help you decide whether or not you’re ready for a spring move. For more information about furniture movers, contact Adam’s Moving Service.